Aberdeenshire Council is committed to delivering the best possible sport, leisure and community facilities for Banff and Macduff. It is important that these facilities meet the needs of the communities now and in the years to come.

Aberdeenshire Council undertook a programme of extensive engagement events regarding the proposed replacement sporting, community and leisure facilities for the communities.

As part of this process we commissioned an independent market research company to evaluate the whole engagement process from June to September 2013.

The report is available below.

A community meeting was held on Auguts 26, at Banff Academy, where the final proposal for the project was unveiled. The questions and answers asked during the meeting are collated below.

Architects have used feedback from local residents, gathered at two public sessions in recent months, to shape the plans and ensure that the final proposals are right for the communities of Banff and Macduff.

Please find below the final designs 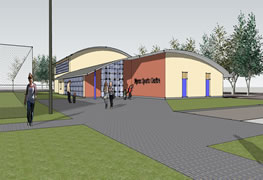 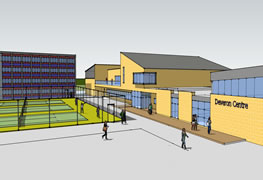 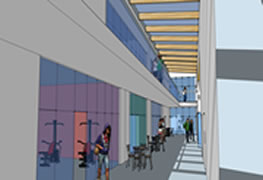 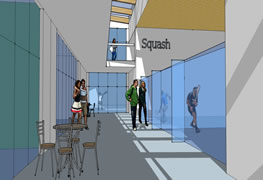 The proposals that were brought to the June meeting have been further delevloped to incorporate the feedback from those attending the engagement event.

The options that have now been put forward for comments are displayed from 12 noon - 8pm at Macduff Primary School. Please come along, view the options and give your feedback. Council officers will be available during the session for discussion.

The options are available to view here.

The next edition of the Banff & Macduff E-newsletter is available below.

An engagement event was held on Monday, June 17th, 2013 at Banff Academy. Over 250 people attended this event. Alan Whyte, Head of Property and Facilities Management explained the original proposals were and what the new alternatives being suggested are.

The alternative proposals put forward are not set in stone. The feedback, comments and suggestions from the event on June 17th have been collated and were fed back to the architects who will be analysing and using the feedback as apporpriate The council architects are currently developing the plans which will be showcased at the next event at Macduff Primary School on 15th July. Further details of this event will be published here once confirmed.

The sheets use on the night to record feedback were collated and have been analysed. The oginal copies have been scanned and are available on request. The summary of the feedback is available below .

The questions that were noted at the tables on the night have been collated and are currently with officers. Once the responses and collated they will be published below.

The questions raised during the question and answer session are captured below.